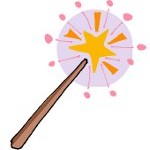 Within the past seven years or so, I’ve had many chance encounters with people who proudly stated that they once were Christians … but had been delivered from that horrendous belief system.

In asking them to describe to me what areas they had the greatest problem with, none showed any hesitation as they listed the familiar complaints of

They complained of being promised health … or wealth … or healed marriages. They told horror stories of being kicked out of churches when they were at their lowest point in life, because, “we don’t dress like that”, or “we don’t do that.”

The frustration of not being perfect enough to get the “wealth, health, love and acceptance” that the church promised them if they believed in Jesus, drove them to determine that the God that Christians preach about … is just another seductive scheme to seize money and control from vulnerable people.

How can I argue with that? Everyone knows that there is truth to each of these complaints as we’ve all read such reports in our local and national news media. The temptation is to argue that, “yes, we’re imperfect, BUT, we are forgiven. And by the way, WE ARE RIGHT!”

The approach to argue anything – especially spiritual matters, from a carnal, un-submitted mind, is deadly. Knowing the difference between man-made religion and the Creator of the Universe, is the only way to represent He whom we serve – in a truthful manner.

Anytime we pray or share “OUR” faith with others, believing that we are “right” and they are misinformed, we are sharing from our own carnal belief systems. Just the subconscious thought of being right (better) than another – is far from being humble and effective. It’s an invitation for conflict.

One woman I know, who endured years of abuse from a violent husband was seeking to attend a church near her new home. Several of the church folk, upon hearing that she was a divorced, single mother, determined that there was a need to pray for the restoration of her marriage.

Their first mistake is not asking what SHE wants them to pray for. The second mistake is assuming that it is God’s will for her marriage to be restored. What they don’t realize is that when they speak to her of their desire to pray for this, she is hearing, “We’re praying that you will once again be in bondage to that abusive man and will have to endure his raging temper and flailing fists.”

Does this sound like a loving Savior? Who said it was God’s will for them to have married in the first place? Even if it was His will … it takes BOTH partners to agree to work on a marriage.

That means that two wills are involved. To pray your will over another person’s will is manipulation and witchcraft. Is it any wonder that people who are wounded and seeking answers – seek from any other source, than the ‘church’?

Shannon Parish is the Founder of Sarah’s Tent and President of Living Stones Center. She is an award winning cartoonist and graphic recorder who, after more than thirty years of ministry and as a Life Coach utilizes her artistic talent to teach and Illustrate You.