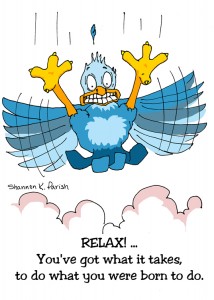 Many of the thoughts and emotions that we entertain on a daily basis are actually habitual. The payoff for remaining in those negative mindsets are subtle. (we always have a payoff for what we do, or we wouldn’t do it.)

Payoffs for entertaining limiting beliefs are:

A self limiting belief is a lie that limits your full potential.

The interesting thing is that we will wish and hope and pray for something to change or to happen in our lives, and then when it is literally delivered to our doorstep, we’ll find an excuse not to receive that delivery. “I don’t have enough time.” “the time just isn’t right.” “I can’t afford that.” “I don’t want the drama (responsibility)” and on and on.

The truth of the matter is that sometimes we prefer wishing for something more than we actually want it. The idea of HOPING is more appealing.  We can believe in our hope. “Faith is the substance of things HOPED for” we remind ourselves …”

The thing is, we are fine with that because there is a temptation to believe that it REALLY won’t happen, so I’m safe in just hoping.

But the rest of the verse says “… and the EVIDENCE of things not seen.” That means that there is evidence that something is about to happen. It’s an EXPECTATION … a CERTAINTY that it is about to be received.

Blockages in our progress signal a self-limiting belief. There’s a negative thought pattern that is looping in our mind. To identify what that might be, NOTICE what your state of being is. Is your energy low? hopeless? are you grieving? angry?

Before you can change anything you have to change your thoughts and energy. It’s a conscious effort and requires participating in your future instead of dwelling in the past.

It is possible to stay fixed in a state of “false-hope” because at least you are ‘hoping’ than to move to a state of expectation and certainty. If you are not convinced of what you say you are hoping for, then the thought of having that hope taken away is more than you can bear, so you continue in your desperate-ness – in a false-hope.

For instance, a woman will cling to the hope that a man will arrive in her life that will love her … but her face, her countenance and how she handles herself in public situations is totally opposite to anything that would attract a man.

She then wonders why God has not answered her prayers for a loving relationship. The truth of the matter is that of course God has answered. But she doesn’t truly believe it and is obsessed with wanting it … but is not in position to receive it. She won’t receive it because she truly doesn’t believe it will happen, so she’s comfortable in just being in a perpetual state of her self limiting belief of hope-without action.

To be in a state of belief is to be at peace. She’s actively participating in her life and is in a state of gratitude and joy as she receives new experiences and relationships into her life. Not out of desperation (false hope) but out of truth faith and knowing that the inevitable will happen … that as she lives her life, she will meet her soul mate on the same path.

Hoping for it, but expecting pain, sorrow, abandonment, financial ruin, etc. is just putting action to your fears. [Faith in reverse]

The key is your EXPECTATIONS. Expectations are revealed through our emotions and our actions. Start by noticing your emotional state of being – and how you act on those emotions.

Break the habit of your limiting beliefs!