Skip to content
Sarah's Tent > Communicating > Is it Racial or Behavioral? 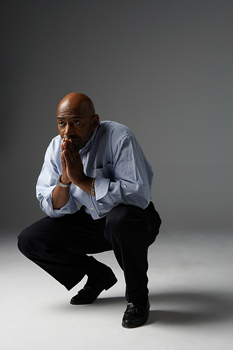 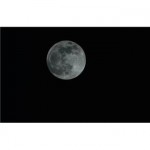 This man is one of the most loving, generous, kind people I know. He is a pastor of pastors. He will give his shirt off his back – literally – if you need it. Anyone who has this man in their life is blessed and deeply loved in return. 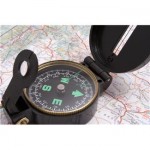 Very few white people can possibly understand the dilemma he was in – unless they found themselves in an opposite situation. To say that racism doesn’t exist is ignorant and dangerous. People are afraid of what they don’t know – and he well knew that, most likely, anyone he approached … that late at night … in that neighborhood, would not respond in a trusting and kind manner.

Yet he needed to ask for help and had to take that risk. His tweets were a blow by blow account of his experience and how he had to weigh the risks of his actions. Finally, he decided to ask two men who were standing outside a house for help. One was smoking, and they were talking. Before he got to them, one of the men went back into the house. 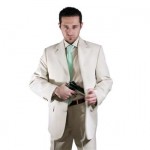 He walked up to the remaining man and asked for help. The man said, “Wait a minute” and went inside to ask the other man for additional help. My dear friend heard the man inside ask, “Should I bring my gun?”

Thankfully, the man replied, “No, he’s just asking for help.”

My friend tweeted that he was keenly aware of the differences in skin color and how these men might act towards someone who “shouldn’t be in our neighborhood.”

How terribly sad it is that we humans will immediately judge and draw conclusions on one another by the most glaring difference – and not by the actions or behavior of an individual. It’s truly a difference between life and death. 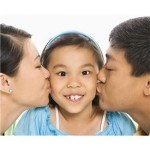 This life and death doesn’t have to be physical either. Dreams, hopes, and the value of an individual can easily be killed, based upon a difference that has nothing to do with character or that person as an individual.

One would think that in church, of all places, this would not be so – but it is. The fact is, we are all humans and we all make mistakes. These mistakes are based upon the filters of belief and experiences we’ve had throughout our lives. Children aren’t this way when they are born – they are taught to be this way.

Scripture (Prov. 22:6) tells us to “raise a child in the way he should go, and he’ll not depart from it.”  This isn’t referring to the way you think that child should go, but by what is natural to him/her as a human. A child who is gentle and non-competitive should never be forced to play sports against their nature, just as a child who asks for details and information will not flourish under a sharp retort of, “Just do as I say and stop asking questions!” 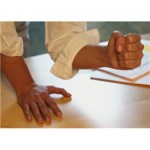 Unfortunately, children rarely receive that reinforcement and will act according to the fears and opinions of their parents – and rarely does that include discerning the value of persons – and what their actions (fruits) say about their character.

Every person learns, acts, thinks, feels, and makes choices differently. Recognizing them for who they are (and not what you wish they were) is vital in not only recognizing your own strengths and weaknesses, but theirs as well. This helps us to be aware of each individual and to respond accordingly. This is not how our world acts, though – making it more than obvious why there are so many frustrated people on this planet!

With all my heart, I wish this were not so, but it is. As a leader in the church, the responsibility is on my shoulders to notice and change negativity in my thinking and my beliefs, to see my weakness and to learn from others. The people who trust their leader will do likewise. It always starts at the top. 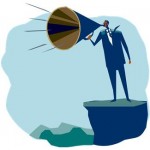 However, in the “real world” we are fed by the media what they want us to believe. There are many agendas that come into play in how anyone tells his/her story.

Knowing the heart of my friend, I know that his fear was genuine and all to real – to suddenly be outside the safety of those who love him and to find himself lost in the midst of strangers who may act before they ask. His life was truly on the line.

I also know this frightening moment is a seed … a seed to continue to teach those who look to him as a spiritual father – how to love, how to discern the fruit of another more carefully before jumping to conclusions based upon their color or any other glaring difference. 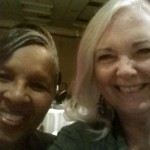 As a white woman, I can only understand the challenges of being a woman – not the challenges of being a black woman – or man. Some of my favorite memories are of black women who have corrected me in my assumptions regarding there being “no racism in this country anymore.” How could I possibly know? I don’t have to live with it every moment and second of the day as do my brothers and sisters with darker skin color.

My dear friend has embraced me as another daughter just as much as if I had been born into his family. My parents would never have understood and would have assumed I had joined a cult – simply because I was “hanging with people of another color.”  Truth is – I can’t think of anyone I’d rather spend time with!

Why? Because they have an understanding of life and humanity that I don’t. Through their humor, their incredible patience for my “stupid white questions” and their acceptance of me for who I am, not my color, have taught me more about Christ’s love than anything I’ve learned in church. 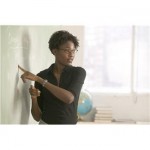 What priceless gifts and experiences of love, wisdom, and relationships have we tossed into the garbage can of fear because of a misunderstanding of something that was unfamiliar to us? How many people have died physically or emotionally or mentally because they were not heard or appreciated for who God created them to be – rather than what man wished them to be?

This gentle, kind man should never have had to fear for his life simply asking for directions. Yet he did – in America, the land of the free … in the year of 2013 … and he had a good reason to …

“To be fully seen by somebody, to be loved anyhow – received and honored for who you are, this is truly miraculous and a magnificent way worship to our Creator … as it praises Him for His Creativity.”  – Shannon Parish

2 thoughts on “Is it Racial or Behavioral?”