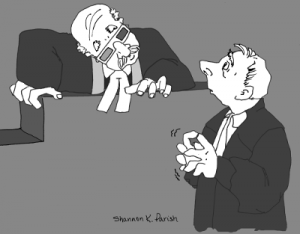 Don’t be mistaken – accusations WILL come.  There are always those who will cause division and strife in the Body of Christ by their words and actions.  Oh, that we could avoid such people – but they will always be with us.  It is something that we as pastors and ministers need to be constantly aware of for several reasons.

As we live our lives in the famed “glass bowl” we are responsible for our actions and the words we speak.  All of us have made mistakes or said things we wish we hadn’t.  Whether said in exaggeration, or just said in wrong timing causing misunderstanding – we are made constantly aware of the fact that the words we, as pastors speak, carry more weight than anything others may say.  Whether it is fair or not doesn’t matter – it is so.

Standing in a place of authority is a grave responsibility and one in which we will be held accountable for.  Therefore – “it is best to listen much, speak little, and not become angry” when others bring accusations against us unjustly.  (James 1:19 = another lesson in the class, “CHARACTER 101”!)  Defending ourselves only sets our accusers up as judges and juries over us.  “Vengeance is mine I will repay, saith the Lord.”  (Hebrews 10:34)  This is where our trust in God comes to play and where our faith is tested, proven and grown.

It is in these places of persecution that we come to know the true meaning of “If God is for us, who can be against us?”  (Romans 8:31) Seasons of persecution come and go, and accusers come and go – and look, who remains?  See who is still on His throne!

Each time one of these seasons comes, I find myself gaining in not only character, but wisdom, faith and trust in God.  God has never let me down.  If I have not sinned, then who am I to fear?  No longer do I panic and succumb to the enemy’s voice of doom and gloom.  There have been too many seasons of that lie already – humph!  Brush it off!  As my faith grows, I also see that my rightful authority in Christ grows, and I am no longer terrified to confront the enemy and set captives free.  You see – the faces and voices may change – but it is the same enemy, and if I will but stop and REALLY listen to what is being said, I will more easily be able to separate the vessel from the lies within.  You see, THEY are the captives.  If we can’t see the enemy for who and what he is – who will set those captives free?  If we only see the faces of men, then how can we know and deal with the principalities and powers at work in our cities?  We aren’t wrestling against flesh and blood (Ephesians 6:12) . . . Sometimes it is hard to remember that, isn’t it?

Everyone wants to be loved and accepted.  But our greatest love and acceptance comes from our Heavenly Father, and again, when we get a revelation of that – then there is no fear.  Because we know that He is WITH us, not against us.  Do not fear what man can do to you – fear God instead – we as believers have lost our fear of God, and because of that, have been stripped of our authority over Satan, because we no longer believe in a God greater than all.  Satan is out to make God’s Shepherd’s infertile and impotent, he does that with lies and accusations, which cause fear and discouragement.  Discouragement is another way of saying “without courage.”  Separate the flesh and blood from the principalities and powers, and you will find yourself more effective in waging war.

If your own heart does not condemn you, then you can approach the throne of God boldly (1 John 3:21) and ask what you will.  One last thought – didn’t Jesus have people call him Satan’s brother?  Did they not get angry with Him and try to kill Him by throwing Him off a cliff? Weren’t there people who didn’t like what He said and left Him, leaving Him with only twelve?  What about Paul?  He really ticked some people off, if you will remember – and he was stoned, left for dead, chased out of towns, falsely accused of things. . . and the list goes on.  If you are in the pastorate and in persecution – heads up – you are in good company!