Years ago, when I was employed as a church secretary, and before I became co-pastor, I had the brilliant idea of adding a special feature to our church directory. Mind you, I had ulterior motives because I needed to solve a recurring problem. Hardly a day went by that someone didn’t call our offices and ask if I knew of a Christian service provider for one thing or another. Everything from babysitters to car mechanics, to doctors and tutors, was needed. Surely there was someone in the church that knew how to fulfill their needs!

To me, the solution seemed like a huge no-brainer. With so many people in the congregation who obviously had full-time jobs doing just these types of things, I’d create a directory! Just list what people loved to do, along with their contact information, and not only would they be able to act on their own dreams and earn extra income – others would benefit from their services!

One by one I called each member and asked if they wanted to place an ad in the directory for this purpose. (The small fee collected was going to go to the Children’s Church fund). And, one by one each member would sigh and then dreamily mumble something about how great it would be if they really could earn money doing what they love.

One such woman was a wonderful baker and loved baking homemade loaves of delicious bread. She was a stay-at-home Mom who desperately needed the extra income. Surely each loaf would be worth at least $5! She could make a few batches a week and then earn an extra $200 or so a month. My longest conversation was with her. As I later discovered, the same pattern of conversation would be repeated over and over as I made my calls. 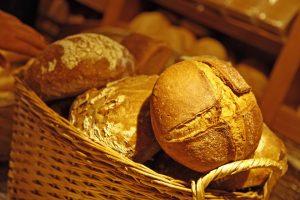 After explaining the project and how she could earn extra money baking homemade bread, our conversation went something like this:

“Oh, that sounds wonderful, but who would buy bread from ME?”

“There are many people that love the idea of a fresh, homemade loaf of bread, not to mention those with special dietary needs.”

“Definitely! I know several people who would order from you today if they knew you were now selling your baked goods. (I had shared my project idea with several people and had mentioned her as a possible prospect because of her reputation as a terrific baker. At the mention of her name several people had asked me to let them know if she agreed, and they’d be first in line to buy.)

“Gosh, I do love to bake bread. It never occurred to me that other people might like to buy fresh bread from me, and I sure do need the extra cash.”

“Would you like to place an ad in our new directory to get the word out?”

“Heaven’s no! I’d have so many customers, I’d never have a life!”

Only the existing business people understood the value of this type of directory and they jumped at the chance to be listed … all to no avail because due to the lack of interest, the directory was tossed. 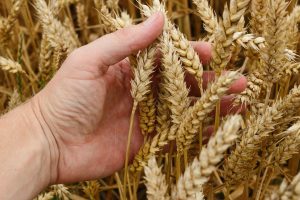 My experience with the wishes and dreams of our congregational members really bothered me. We preach prosperity, and that God wants the best for us, and, “all that our hands shall touch will prosper”, but the actions I saw shouted another belief … or motive … entirely.

We say one thing with our mouths and may actually even believe it. However, our actions tell another story.

My conclusion? It’s easy to fail – that takes no effort. To succeed takes effort, perseverance, focus, planning and risk. The bottom line? They didn’t want the responsibility to live out their dreams that they thought they wanted.

Sometimes we have to be introduced to the possibility of success in such a way that we can taste it, smell it, see it … and by living inside that vision, we will respond accordingly. The belief that we’ll never succeed may simply be an excuse to avoid responsibility. OR, it may expose a belief that is deeper than we realized. 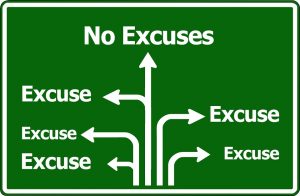 Many of the people that I spoke with gave other excuses that also became a noticeable pattern of belief. Three beliefs were spoken and were never questioned because, from experience, they were acceptable excuses that appeared quite ‘noble’ and ‘holy’. They were:

It was easier to blame the devil for beating them up or to righteously declare that they would “pray about it” or that they were waiting on God than it was for them to admit simply that they just weren’t interested.

In order to pursue a dream and see it to the end, you must be authentic, passionate, focused and intentional. If all of that seems like too much work, then you are either focusing on the wrong ‘dream’ or the effort and responsibility is too great.

A person who has tons of excuses for not reaching their goals has a victim mentality. In contrast, a person who focuses on seeking answers in order to reach their goals, and doesn’t quit until they have done so, are of the victor mentality.

We are either victims … or we are victors. Which one are you?