Skip to content
Sarah's Tent > Dreams and Calling > Protect Your Dreams and Inspired Ideas by Acting on Them!

As a Creative Life Coach, I’ve been amazed at how, through the years, Christians I’ve met have shared their inspired ideas and solutions for problems of every size, sort, and need, yet a high percentage never acted on any of them.

As a natural encourager and as a creative service provider, I’d share tools and techniques for acting on their dreams.  As a pastor, and now a professional Life Coach, I saw most of them drop their dreams and live out nightmares of hopelessness and anxiety instead!  Why?

I’ve come to call the beliefs that sabotage these inspired ideas and abundant living as “sacred cows”. Sacred cows are beliefs that appear to be holy, but in fact are law based thinking that has no real substance or proof, but because of the assumed punishments for not following these beliefs, people embrace them as true. One such sacred cow is “don’t question authority”.  (I think that one protects all the others.) It sounds like the obedient thing to do is to not even question this directive, yet, a better question is most certainly due … such as; “Who’s authority?”  There are many who are in a position of authority but do not respect nor carry true authority.

In this case, the notion that a Christian shouldn’t become “puffed up with pride” by promoting an idea they have had, most often was the cow their dreams road away on into the sunset.

An excellent letter to pastors, written by Ron Walters, KRKS, Senior Vice President, 94.7 fm, Denver, arrived in my email this morning. Out of the literally, hundreds of emails that I receive, this particular message leaped out at me.

Here it is … re-printed with permission … 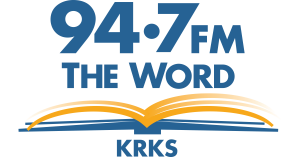 Grey, an Illinois electrical engineer, brainstormed an idea, morphed it into form, built a prototype, ironed out the wrinkles, proved its worth… and then sat on the idea for two years, all because of bad advice.

But, I’m getting ‘way ahead of myself.

In 1874, on an otherwise ordinary day, Elisha Grey walked into the sanctuary of the Highland Park Presbyterian Church and made history. He strung a large spool of telegraph wire throughout the building to showcase his latest invention—the telephone.

Grey had the silly idea that two people could speak with each other from distant points using nothing but liquid-based microphones and wire.

At the unveiling, crowded pews of gaping onlookers were wowed by the success. The sound of the first telephone was born. And, in church no less!

But Grey had a much harder time swaying his investors, especially his dentist—a fellow church-goer! And, to make matters worse, the simple-minded dentist went public by saying the telephone was “a waste of investor’s money!”

However, after two years of painful delay, a renewed Elisha Grey rose from the naysayer’s ashes, packed up his notes and stormed the halls of the United States Patent Office to file paperwork on his invention. He was anxious to tell the patent committee all about his earlier success in the Highland Park Church sanctuary.

Unfortunately, during that two-year downtime, another inventor had been working on a similar concept. And as Grey unveiled his story to the committee, he learned that Alexander Graham Bell had dropped off his own plans and applied for a telephone patent just two hours earlier.

Although Bell’s plans did not include a working model, nor did his conceptual prototype ever work, the courts found in Bell’s favor and rewarded him the rights to the telephone invention—all because Grey was 120 minutes late with his presentation.

Elisha Grey left his ingenious idea smoldering on the altar of public scrutiny.

We’ve all been victims of sightless critics who direct traffic with their white canes. Negative thinkers are a dime a dozen, but they halt creativity with the same ease as Superman stops bullets. Proving that those who know the least will always know it the loudest.

But let’s be honest, bucking the negative tide is no picnic:

From the opening moments of Pentecost, the church was fashioned to be distinct from the world. God designed us that way. His bride was never meant to be one of the girls. Scripture underscores this distinction with words like peculiar and transformed and unblemished.

But though we’ve been called to be separate, we seem to be terrified of being different. We feel the need to popularize the church, to broaden its appeal. Rather than claiming our spiritual birthright, we work overtime to hide the distinction.

Remember the Rich Young Ruler? When this rising star quizzed Jesus about the prequalifications of eternal life, Jesus gave him a list of commandments intended to underscore the impossibility of the task. But the self-righteous RYR claimed to be equal to the task. So, Jesus raised the bar because He would not offer easy-believism—even if it meant losing a great prospect.

To the Savior, the gospel was not cheap. The multitudes came from far and wide to hear about it, because the multitudes desperately wanted something the world couldn’t offer.

And, so do our churches.