Skip to content
Sarah's Tent > Helpful Videos > MOVIE: The Secret – What makes it such a powerful – or dangerous movie?

The truth it illustrates gives the movie its power. The misapplication makes it dangerous.

A few years back a movie became highly popular that spoke of a ”secret”. The assumption was that if you knew the secret, you’d be rich and have no lack of anything. “New Age” people touted the movie like a Bible. Christians (without watching the movie) declared that it was demonic and to be avoided.

After spending my entire life in church and hearing such things, but never checking things out for myself (as Christians are to do because we will stand accountable to God for what we have believed and acted upon.) I decided to see for myself.

“Dear friends, do not believe everyone who claims to speak by the Spirit. You must test them to see if the spirit they have comes from God. For there are many false prophets in the world.” 1 John 4:1 New Living Translation 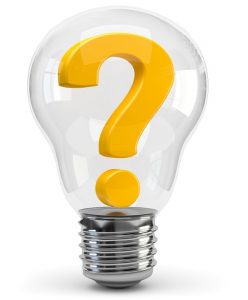 It took me several times before I could watch “The Secret” in its entirety because of the battle going on in my mind from religious teachings I had received throughout my life. Teachings that had always puzzled me because even though many were “based in scripture” they did not reflect the full picture of Jesus Christ … even though those scriptures too, were taught. I’d be told, “The Bible is full of contradictions” to casually explain why one verse said one thing and another said something entirely different.

To confuse matters more, I saw people who would have nothing to do with my Lord, who were having healthier, happier and more prosperous lives than what I was witnessing in the church. Then to add insult to injury, our church went through a major crisis, and what was produced through that season of chaos was hateful judging and condemnation without fully knowing the truth of those accused. Yet, there was the embracing of others who were popular as “godly” even though I had seen their evil behavior behind the scenes. 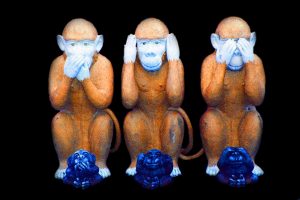 Why weren’t people SEEING? What were they HEARING? Why was it, when I met a “Metaphysical Priestess” that she spoke of people knocking on her door seeking answers … Christians who had left the church! While that was certainly not happening in the churches I was privy to. Instead, I saw horrendous behaviors from pastors and church leaders and disillusionment and betrayal.

This grieved my spirit deeply. Somewhere in the middle was the truth – and I was determined to find it.

“They traded the truth about God for a lie. So they worshiped and served the things God created instead of the Creator himself, who is worthy of eternal praise! Amen.” Romans 1:25 “New Living Translation”

This certainly described the behaviors of people I had been exposed to, who wanted nothing to do with God but were living “The Secret”.

WORSHIPPING THE CREATOR – BUT DENYING HIS POWER

“They will act religious, but they will reject the power that could make them godly. Stay away from people like that!” Timothy 3:5 New Living Translation

This was becoming more and more a pattern with Christians that I asked questions of. Why was it so important to “throw the baby out with the bathwater for the sake of being “righteous” or “right” rather than learning how to SEE GOD’S THUMBPRINT on the planet? After all, these things that the ungodly worship WAS CREATED BY GOD!!!

What was our RESPONSIBILITY? I’d heard Satan blamed for the hard times and God blamed for the better times being delayed, and a fear that if a person was to act on what was in their heart (their vision) that they might “get ahead of God”. (NONE of these beliefs were questioned!) Can a man actually get ahead of God when God was, is and is to come? How arrogant of a statement is that?

Again, where was OUR RESPONSIBILITY as Christ Followers in regards to the words of our mouths and the fruits of our lives? Why were we not looking at what we were SOWING? And REAPING? Maybe it wasn’t Satan, and maybe it wasn’t God withholding from us … maybe it was our own actions and beliefs that were giving us what we were getting.

We are told to seek truth. Somewhere in the middle, was the TRUTH.  The key was what was in the HEART. Motivations. Expectations. Belief. Faith.

We are told that “My sheep hear my voice and the voice of no other, will they follow.” Yet, I saw Christians leaving their faith and knocking on the doors of metaphysical churches, or just throwing it all out and focus on the “Law of Attraction” (as a god) rather than Seeking He Who Created All and Provides All.

As I watched the movie, The Secret, I was struck with how many scriptures suddenly came to mind that were explained in terms I could understand. As I watched, I wrote these scriptures down. Credit is not given to God or Jesus Christ in this valuable tool – but truth is truth.

Always judge for yourself. If you know the Father’s voice and His Word – you will recognize it anywhere. If He can use a donkey to speak His word – he can use modern tools and creative people who have an ear to hear.

You have to believe for yourself. Because what you believe, you will receive. (Isn’t that the point of this movie?) To those who are quick to discount this message because of religious beliefs, I’ve answered you below. To those who are seeking truth and answers, there’s an old saying “Don’t throw out the baby with the bathwater” Meaning – look for the truth. Throw out that which you don’t believe is truth. It’s the same thing as separating the wheat from the chaff.

In each person is a passion and a yearning to do something. Our passion will occupy our mind and our heart. Renewing the mind is a part of learning how to get reacquainted with who we are and God’s will for our lives. Living in His love, submitted to His will is spirit-living.

You attract what you REALLY believe – and if it is in the negative – change it. The law that is referred to (The Law of Attraction) is really God’s law of multiplication. (whatever you sow, you will reap)  How much more would we benefit if we submit our minds and our hearts to Him and give HIM thanks for all that we are blessed with? Living in thanks-giving is living in praise and God dwells in the praises of His people.  THIS is Kingdom living.

Mark 11:22-24:
Have faith in God,” Jesus answered. “I tell you the truth, if anyone says to this mountain, ‘Go, throw yourself into the sea,’ and does not doubt in his heart but believes that what he says will happen, it will be done for him. Therefore I tell you, whatever you ask for in prayer, believe that you have received it, and it will be yours.

Galatians 6:7-10:
Do not be deceived, God is not mocked; for whatever a man sows, this he will also reap.

Matthew 7:8:
For every one that asketh receiveth; and he that seeketh findeth; and to him that knocketh it shall be opened.

Matthew 21:22:
And all things, whatsoever ye shall ask in prayer, believing, ye shall receive.

Hebrews 11:1:
Now faith is being sure of what we hope for and certain of what we do not see.

Hebrews 11:6:
And without faith, it is impossible to please Him, for he who comes to God must believe that He is and that He is a rewarder of those who seek Him.

Proverbs 18:21:
The tongue has the power of life and death, and those who love it will eat its fruit.

Deuteronomy 30:19:
I have set before you life and death, blessing and cursing: therefore choose life, that both thou and thy seed may live:

II Corinthians 10:4-5, “(For the weapons of our warfare are not carnal, but mighty through God to the pulling down of strong holds:) Casting down imaginations, and every high thing that exalteth itself against the knowledge of God, and bringing into captivity every thought to the obedience of Christ.”

Romans 12:2
“… be transformed by the renewing of your mind, that you may prove what is that good and acceptable and perfect will of God.” (His will is always abundance, healing, prosperity, peace, etc.)

Philippians 4:6 = In nothing be anxious; but in everything by prayer and supplication with thanksgiving let your requests be made known unto God.

I Thessalonians 5:18 – In everything give thanks: for this is the will of God in Christ Jesus concerning you.

Habakkuk 2:2 (King James Version)
2And the LORD answered me, and said, Write the vision, and make it plain upon tables, that he may run that readeth it.

This passage is a great example of placing goals BEFORE ANIMALS and they producing what was placed before them.

“And Jacob took him rods of green poplar, and of the hazel and chesnut tree; and pilled white strakes in them, and made the white appear which was in the rods.

38 And he set the rods which he had pilled before the flocks in the gutters in the watering troughs when the flocks came to drink, that they should conceive when they came to drink.

39 And the flocks conceived before the rods, and brought forth cattle ringstraked, speckled, and spotted.”

Proverbs 16:9:
The mind of man plans his way, But the LORD directs his steps.

Experience has shown me that people WILL hear what they INTEND TO HEAR. That is true on both sides of the fence. Believer or non-believer.

Be very careful of the perception that it is “us against them” rather than seeking the truth and a deeply intimate relationship with God.

He looks at the intentions of our hearts. Whether we are pressing in to seek the truth of His presence in our lives and a relationship with Him, or if we are intent on judging others as being evil or misinformed.

We will always be misinformed. Lies are abundant – in church and out. You will be held accountable for what you chose to believe – and why.

Matthew 6:33: “But seek ye first the kingdom of God, and his righteousness; and all these. things shall be added unto you.”