Have you been taught that in order to “fight Satan” you need to rebuke him?

When you are being “beat-up” by “the enemy” are you frustrated, because no matter how much you say, “I rebuke you Satan in the name of Jesus,”  nothing seems to happen that changes the circumstance? 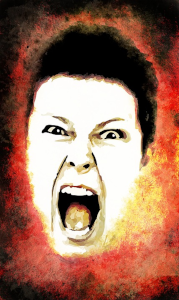 Maybe it’s just me. For a long time, I blamed myself for not having enough faith. In addition, I wondered why so many people were so holy that Satan spent all of his time “beating them up” yet, I never really saw evidence of these people leading such holy lives that they were even a threat to Satan (the enemy)… including myself!

Yet I pressed in, and to the best of my ability, continued to “fight the good fight of faith” and rebuke Satan in the trials and tribulations that life brought.

It takes me awhile to actually pay attention to what I’m noticing … and last year I noticed with great clarity (finally!) that I was really struggling with the phrase, “I rebuke you Satan in the name of Jesus!”

Was it because I never really used that word in daily life, so it felt foreign to my tongue? Or perhaps it was that I wasn’t fully sure of what the word “rebuke” actually meant. I THOUGHT I did … but did I?

NOPE! I did not understand the word! No wonder I was not getting any results when I used that prayer! And, no wonder I wasn’t feeling confident of what I was trying to say? I wasn’t even convinced (rightly so) that I knew what the word meant in the first place.

As is my habit, when I start getting on the trail of a revelation of thought – I like to pass it by my fellow Christians. As expected, I was met with passionate arguments regarding why we needed to rebuke Satan, and all of them believed the same as I did – that this was a prayer of faith that was a part of “fighting the good fight of faith.”

Many were highly indignant of my train of thought and warned me about getting into error. But I was smelling a rat … and wasn’t going to give up until I uncovered what was bothering me about this particular doctrine … or rather … sacred cow.

While presenting my thoughts regarding the doctrine of rebuking Satan, I did some research and found this excellent blog post on the matter:

The Bible does not give Christians the authority to rebuke the devil, but to resist him. James 4:7 says to “submit yourselves, then, to God. Resist the devil, and he will flee from you.” Zechariah 3:2 tells us that it is the Lord who rebukes Satan. (CLICK to read the full article)

Not only were there articles against rebuking Satan, there were articles that were for it, such as this one, listing many scriptures.

What was not addressed in the articles that supported this belief, was the definition of ‘rebuke’. So who was right? Was it possible that both were right? In order to discover that, you must do your own work and study this topic for yourself.

But for the purpose of the point I wish to make in this blog post, I’m going to share with you, a story that a woman shared with us in the women’s group that I facilitate.

She was sharing the fact that she is licensed for concealed carry, and all that is required in order for a person to be so. She described how she had to go through gun training, target practice, and what the requirements were for such authority to carry a concealed weapon.

The reason she was now a concealed weapon carrier had to do with being brutally attacked by a man years before, and she vowed this would never happen again. 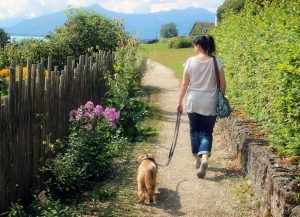 She was describing a day where she had taken her dog to go for a nice long walk. She had parked her car in this area where she chose to walk on the nearby walk paths, and upon returning, saw that a man was leaning on her car. His backpack was thrown onto the hood of her car and he was waiting for her. It was obvious that he wanted something from her, but his actions and body language were not respectful of her property, or her rights.

She stopped a safe distance from him and placing her hand on her concealed carry, she commanded, “Sir, step away from the car!” with the authority that she knew her training had provided her.

The man asked her if it was a cell phone that she was carrying. She shook her head and said once again, “Sir, step away from the car!”

He got the message loud and clear, grabbed his backpack and left from her presence.

We all marveled at her courage and how commanding she was in what she demanded the man do.

Later that evening as I was taking my shower, her story replayed in my mind. The Lord reminded me of my search for answers regarding the issue of rebuking Satan and suddenly it all clicked together.

THE DIFFERENCE BETWEEN REBUKING AND COMMANDING

REBUKING is simply disapproving! There is no command to it. It’s just telling Satan that you disapprove of him! It tells him to do nothing. NO WONDER I felt as though these prayers of rebuke were doing nothing!

What this woman had shared, was a brilliant metaphor for what kind of authority we as Christian need to be welding in spiritual warfare.

6 thoughts on “Why Rebuking Satan is Futile and Ineffective”