Perhaps the most unsettling thing I’ve encountered in my Christian walk has been thinking that I had something figured out – only to discover there was ‘more to the story’. 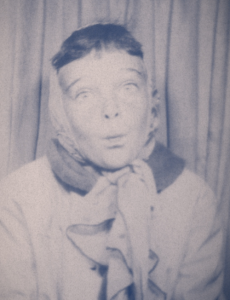 As a young Baptist girl, I was taught the belief of “once saved, always saved.” That blanket statement stayed with me for years – even though that wasn’t even logical. I believed it and that was it. I trusted everything they told me in church.  After all, they said it was “God’s Word.”

What they DIDN’T tell me was that it wasn’t the whole truth. Yes, it was true that once I was saved it was forever saved and no one could take that away from me.  What they didn’t teach was that a person could willfully decide to walk away,  There’s a huge difference between one statement and the other, and to not teach the WHOLE truth, is dangerous.

Those blanket statements were so common that other messages came with them … just like a hidden virus in a downloaded program. The oddest ‘virus’ that I had been taught back then was that ONLY the people who belonged to OUR church, were going to heaven.

How I wrestled with the idea of that! How could God be so cruel! Somehow that message came across to me loud and clear as a very competitive mindset filtered through the messages of salvation and love.

Upon asking if only Baptists were the ones going to heaven, I was told, “No dear, not all are true. Stay away from the Southern Baptists … they are a bit off.” (I had no idea why, and personally, I’ve found many of them to be quite charming!)

As a child, we believe the adults around us. We believe them through our young innocent filters and as we struggle to learn our way around in life, it’s like having BB’s thrown into our plate of food while we’re eating.  If we don’t pick them out, some of them break our teeth and some give us terrible indigestion and make our walk a bit heavier than it should be.  Without a doubt, it will take time for us to carefully pick the negative junk out.

When challenged by a high school friend that I should reconsider my standing on “once saved, always saved” I was thrown into shock after being told to read Hebrews 10 where it states:

If we deliberately keep on sinning after we have received the knowledge of the truth, no sacrifice for sins is left, 27 but only a fearful expectation of judgment and of raging fire that will consume the enemies of God. . . . How much more severely do you think someone deserves to be punished who has trampled the Son of God underfoot, who has treated as an unholy thing the blood of the covenant that sanctified them, and who has insulted the Spirit of grace?

Oh, man. I had some beliefs to reconsider … now, where’d I put those tweezers? I think I’m seeing some BBs in my food …