To create … envision (see) the unseen.

To understand … listen to hear what is not being said. 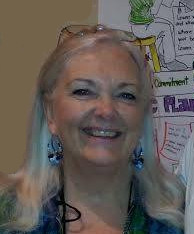 As an artist, I’ve naturally been fascinated by shapes, forms, and patterns (both in the physical realm and the behavioral, and spiritual realm.)

As a minister, those patterns are even more obvious because I have connected with a variety of personalities on multiple levels.

My challenge was to understand that the world as I saw it, was not the only world surrounding me. People talk with different languages, even though we are all speaking the same national language. I had to learn how to see … and hear … what was not obvious in order to heal while gaining wisdom and understanding.

Just because a scientist sees a plant from one skill-set of understanding, does not make the artist wrong by seeing it in a different way. The gardener will see it differently also, as will the child who is looking for a soft place to play or something to pick to give to their parent.

Without those various perceptions, we would be limited in our knowledge of all the abundant ways just one plant might supply our needs. Whether that supply provides sustenance, beauty, fragrance, comfort, or economic relief.

When I was a child, I would ask questions that were formed by my efforts to connect the dots on why things were – or how they were. Things like, “Why is a butterfly called a butterfly when it didn’t come from butter?”

What I did not know as a child is that there are people who do not naturally see things the way I as a creative individual did. They had strengths that I did not have – such as categorizing things, making decisions and judgments, which, when giving an answer, sounded like “blah blah blah” because there was no identifying ‘story’ to an answer.

As I would try to communicate my thoughts to my opposite leaning family members, I was told to “Get your head out of the clouds”, or “Why can’t you think like your sister?” or worse yet, (this literally happened) while my creative mother was sculpting a head bust of me looked up at me and said, “I wish I could just scoop out your brains and give you new ones!”  as she cut off the top of the head to scoop out the excess clay inside. Ouch! Needless to say, my Mother’s personality and that of my sister, whom I was compared to constantly (“Why can’t you be more like her?”) created a great deal of pain and a devastatingly poor identity which came from the belief that they were right – and I was wrong … always, and hopelessly, wrong. 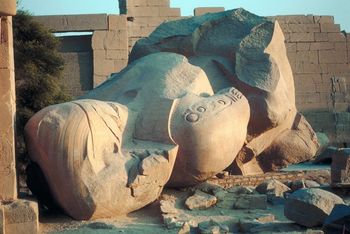 As I’ve grown older, I’ve learned to not fight my past, but to look at those past events as opportunities to mine for informational gold. Gold is found in bitter moments and unpleasant conversations or behaviors of family and friends. I’ve also learned that my family was NOT my enemy BUT their belief systems were. (Such is the journey of humankind.)

Learning to see what is not seen (Ephesians 6:12) … has allowed me to forgive and to love with wisdom – not stupidity.

Some of those events – well, probably most, if I were to admit, were based upon perceptions of right and wrong – more than they were on obedience and disobedience. 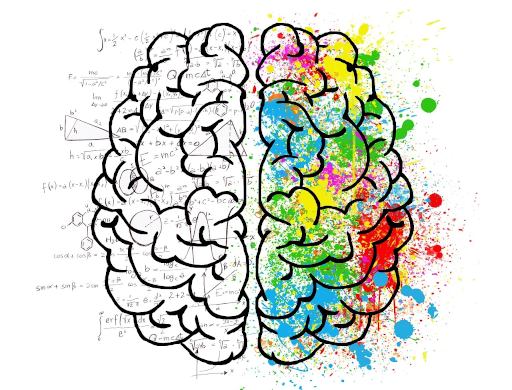 For instance, a task minded person is going to value getting things done, more than making others feel better. A relationship person is going to be more focused on making sure everyone is alright without the same drive to accomplish tasks.

Just these two perceptions alone will conflict often if you only see and hear the obvious..  For instance, pay attention to how people phrase their words when they talk to one another. Make a guess if they are task or relationship-focused.

A task person will speak in terms of goals, “I think” phrases are common, and the mentioning of what needs to be done, will be their first thought in a conversation.

A relationship person will speak in terms of “I feel” and they will reflect on people or the things around them, not on anything that is contained on a list of things To Do..

A great example of this was when I visited two dear friends of mine and we were driving to a conference together. I had spent the night at their house so that we could get an early start on our day.   Sitting in the backseat, I had an opportunity to observe the morning conversation from a very neutral viewpoint.

The husband was driving and the wife was sitting in her seat next to him, reviewing in her mind all the things that needed to be done that day. He, on the other hand, was scanning the horizon at the sunrise and breathing in the fresh spring air that morning offered.

“Isn’t this a lovely day?” He said with almost a song in his voice.

“Yes, yes,” she said, not even looking up to see what he was seeing – or experiencing.  “We need to … ” and she began reading off her list of things to do and talking about what didn’t get done the day before.

His shoulders slumped and his mood immediately changed to annoyance. In that brief exchange, he felt rejected, blown off, and criticized for what didn’t get done the day before.  She, in turn, became annoyed that he was grumpy all of a sudden and as her head snapped up to put an end to the mood, I started to laugh.

I couldn’t help it! He, obviously a relationship person, was having a relationship with the day ahead and breathing in all of God’s beauty and provision.

She, on the other hand, was being a good steward by tending to what needed to get done. Neither was right – and neither was wrong.

But what they didn’t see – was what I saw … task versus relationship. When I explained to them what had just transpired, both their eyes got wide with understanding. “We do this all the time!” they both said. “It’s so frustrating!”

“Of course you do,” I said, “It’s in your nature to be who you are. It’s not a right or wrong thing. It just is. The challenge is in allowing the other person to be who God created them to be and to meet in the middle while validating one another’s perception and honoring them by hearing them out. This is a gift to both of you, because you have access to both sides of this coin, not just one side.”

In this world of media and Internet communications, we are hearing and seeing things from other people’s perspectives on a nonstop stream of information. That information is often compelling—tapping into fears and opinions more than facts or solutions.

When people have asked me to teach them to draw, I always tell them, “First, I have to teach you to see.”  Once you SEE you cannot unsee … (my favorite movie portraying the metaphor for this is The Matrix). 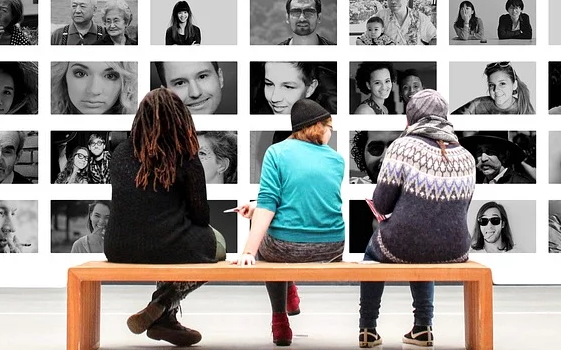 We always have a choice in front of us. To see God and HIS provision, HIS answers, HIS peace (that passes all understanding), and HIS wisdom and guidance.

Or… we can choose to see what is right in front of us, framed by the fears of men and their own agendas.

In order to provide solutions to a troubled world, we must be able to see what isn’t obvious through the eyes of men. We must see God’s thumbprint and His answers.  How do we know if we are on the right track? Jesus said, “you will know the truth, and the truth will set you FREE” He didn’t say, “you will know the truth and it will scare the living daylights out of you!” In fact, scripture tells us often to “Fear not!”

Where fear is present, all eyes are on what can go wrong and what is terrifying in the world around us.

Not sure how to change what you see or hear? The video below is one I recently stumbled across that thrilled me beyond words. This TED speaker, Ralph Ammer shares with the audience, in visual form, the gift of being able to draw in order to think better and feel better.

This is one of the best 15 minutes you’ll spend by watching with an open mind to see what you’ve not seen before in the world around you.